HDRB&B Wins Motion to Suppress Affirming Sanctity of the Home 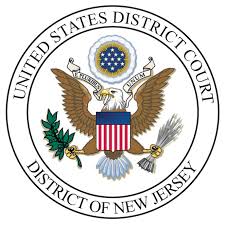 On April 30, 2020, the U.S. District Judge Susan D. Wigenton granted a Motion to Suppress filed by Mark A. Berman, the Chair of HDRBB’s federal criminal defense group, on behalf of an indigent client, Gregory Westberry, whom Mr. Berman was appointed by the District Court to represent under the Criminal Justice Act of 1964 (“CJA”).  Mr. Westberry was charged by a federal grand jury in the District of New Jersey with being a felon in possession of a firearm, which was seized from his residence after the U.S. Marshals Service’s NY/NJ Regional Fugitive Task Force executed an arrest warrant at his home, in the early morning of September 26, 2018. The arrest warrant was obtained based upon the allegation that Mr. Westberry had violated conditions of his supervised release.  The U.S. Marshals neither sought nor obtained a warrant to search the home.

Following a suppression hearing at which Mr. Westberry, his wife, and two U.S. Marshals testified, Judge Wigenton issued a written opinion crediting Mr. and Mrs. Westberry’s testimony, which was largely corroborated by one of the U.S. Marshals, and ruled that once Mr. Westberry had voluntarily surrendered himself at the doorway of the home in response to the U.S. Marshals “knock and announce,” the Fourth Amendment to the U.S. Constitution prohibited the U.S. Marshals from entering the home to conduct a protective sweep (or a a consent search) for a firearm which they believed was present in the residence.  In particular, the Court credited testimony elicited on cross-examination from the lead Deputy U.S. Marshal that it was his intention to enter and search the home to find a firearm even before the Marshals knocked and announced their presence, even though he had not obtained a search warrant from a neutral magistrate.

Mr. Berman has been honored to serve on the CJA panel for the U.S. District Court for the District of New Jersey for over 20 years.  CJA attorneys are tasked with ensuring that indigent federal criminal defendants, no less than defendants who can afford to retain private counsel, receive the effective assistance of counsel guaranteed to them by the Sixth Amendment to the U.S. Constitution.  It is often in CJA cases that important constitutional principles that protect the rights of all Americans from governmental overreach are vindicated, including in this case Americans’ Fourth Amendment right to be “secure in their persons, houses, papers, and effects, against unreasonable searches and seizures,” absent a judicially obtained warrant founded on probable cause.

You can find out more about which cookies we are using or switch them off in settings.

This website uses cookies so that we can provide you with the best user experience possible. Cookie information is stored in your browser and performs functions such as recognising you when you return to our website and helping our team to understand which sections of the website you find most interesting and useful.

Strictly Necessary Cookie should be enabled at all times so that we can save your preferences for cookie settings.

If you disable this cookie, we will not be able to save your preferences. This means that every time you visit this website you will need to enable or disable cookies again.

This website uses Google Analytics to collect anonymous information such as the number of visitors to the site, and the most popular pages.

Please enable Strictly Necessary Cookies first so that we can save your preferences!